The January 2013 issue of Locus has a very nice review by Stefan Dziemianowicz of Above Ker-Is and Other Stories. Here are a few extracts:

“Most of Walton’s short stories are, like her novels, seamless blends of history, myth, and local color. The first three in the book are period tales, set in Brittany, and featuring men and women whose passionate and tempestuous relationships recapitulate the experiences of characters of classic lore and legend. In the title tale, two lovers replay a contemporary version of the legend of Princess Ahes, who was sacrificed to the sea after having caused the inundation of her kingdom, Ker-Is, for the sake of a lover. ‘‘The Judgment of St. Yves’’ tells of an estranged husband and wife who, through a dark and ancient cultural tradition, invoke the judgment of the titular saint, knowing that it means the death of whomever of them is judged in the wrong. ‘‘The Mistress of Kaer-Mor’’ features yet another strong Walton heroine who, under the influence of a cursed dwelling, repeats a tragedy from the past. These stories are memorable for their depictions of people caught in the web of their seemingly preordained fates, and for their well-wrought descriptions that capture the characters in beautiful imagery (‘‘She sparkled like sunlit water’’).

In some of her stories, Walton tantalizes the reader with the possibility that seemingly supernatural events have a perfectly logical explanation. . . .

It’s not clear how aggressively Walton attempted to market her short stories – probably not very – and only one of them was published close to the time that it was written. A handful saw print in fantasy anthologies in the early 1980s, decades after Walton had become so frustrated with the difficulties of short story construction that she gave up writing them altogether. This slim, thoughtfully organized book is a wonderful addition to Walton’s bibliography, and it gives readers a taste of what she might have achieved had she stuck to the short fiction path.”

(The full review is not online.)

And the SF Site has a review by Mario Guslandi of The Mammoth Book of Best New Horror volume 23, which ends with the following:

“Finally, the gem of the book is Evangeline Walton’s “They That Have Wings” a masterpiece depicting how three men seeking safety from war in the mountains meet two weird and hungry women. Posthumously published only in 2011, the story, rejected by Weird Tales because it was “too gory,” is actually a piece of terrible beauty and great finesse. “

The full review can be found here.

Some other exciting things are in the works.  Watch for announcements in the next few months! 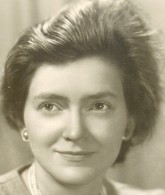 Questions about Walton’s literary works and publications? Please contact us

Above Ker-Is and Other Stories biography Cross and the Sword literary works Mabinogion tetralogy reviews and literary criticism She Walks in Darkness short stories Witch House
%d bloggers like this: